THE ANTHROPOCENE – A GAME CHANGER FOR ALL BUSINESSES

Synopsis: We used to live in a small world on a big planet. But recently things have changed. In just two generations this has become a big world on a small planet. We now live in the Anthropocene – the geological era of humankind. This is a game-changer for all businesses.

As popularly expressed by Johan Rockström and Mattias Klum in their 2015 book (http://bwsp.org/), we have over the past 70 years gone from being a small world on a big planet to becoming a big world on a small planet.

The social, economic and technological development that the world has seen in this short period of time is mind-blowing. On an aggregate level, we are better off than ever before, with opportunities that past generations only could dream about. But at the same time, human action now affects the basic functions of Planet Earth, and we are faced with a set of unprecedented sustainability challenges.

LIVING IN A TIME OF GREAT ACCELERATION

The graphs below, (an adaptation of Will Steffen’s work from 2015 http://bit.ly/2SF2mH5) show just how much the world has changed in two short generations. The exponential rise in social and economic trends is exactly mirrored in shape by the imprint that our civilization has had on the biosphere. 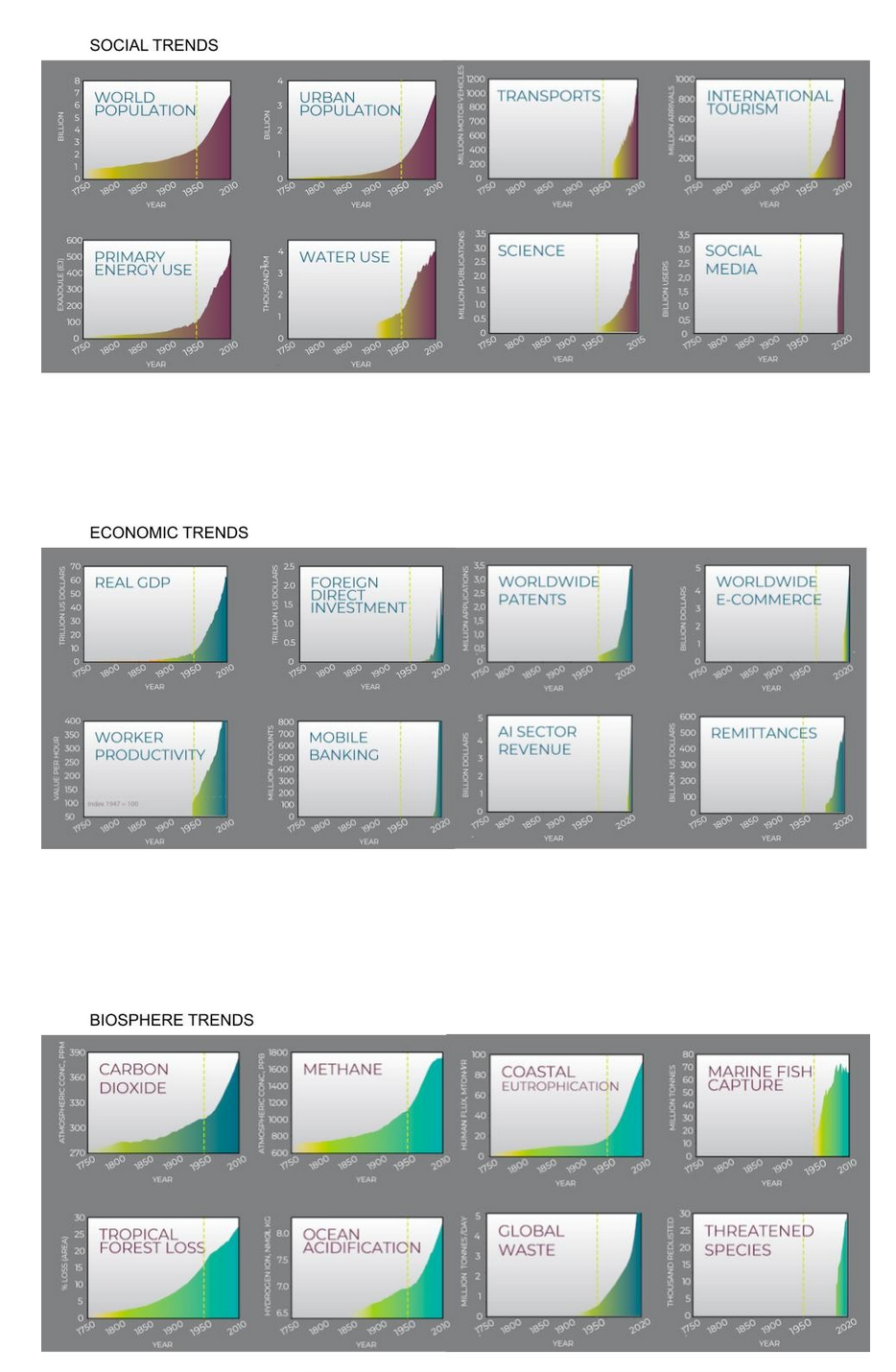 Since the 1950s, the world population has increased three times, energy use has increased seven times, and international tourism has gone from non-existent to reaching an astonishing 1 billion international arrivals per year. Over the same period of time, the global economy has grown by a factor of 10, and in the past decade alone, 800 million people have gotten access to mobile banking services! And while we all have been busy pursuing a better life, the level of CO2 in the atmosphere has steadily increased from 270 to 390 ppm, we have lost about 30% of all tropical forest worldwide, 1 million species have become threatened by extinction, and the global waste mount has kept on growing.

This phenomenon is referred to as the “great acceleration”. It reflects the largest transformation in human history in terms of how we relate to our planet. We are NOT showing these trends to point out that everything gets worse, a lot of things do get better, and there’s truth to both Rosling’s factfulness (https://www.gapminder.org/factfulness-book/) and Diamandis’ vision about abundance (https://www.diamandis.com/abundance). However, it is important to take in the full meaning of these graphs. The sum of all this is what scientists call the Anthropocene, or the age of humankind (a term first proposed by the Nobel laureate Paul Crutzen in 2000). The interacting exponential change, in our societies, in the economy, in the technosphere, and in the environment, creates a world that is radically different from the one we used to live in until quite recently. A world that is complex, ambiguous and uncertain, to an extent that we never have seen before.

SUCCESSFUL BUSINESS DEVELOPMENT IN THE ANTHROPOCENE

As long as we were still a small and predictable world on a big and stable planet, the effects of our global development trajectory were not yet felt, at least not everywhere. At that time, conventional strategies for business development worked relatively well to produce “the bottom line”. But in the globalized, hyper-connected, and rapidly changing world where we live today, running a successful business will require a fundamentally new set of strategies.

Why? – Because the Anthropocene changes everything, for everyone, everywhere. It shifts sustainability from something seen as a peripheral branding concern to the center stage for all business development. There are two simple reasons for this:

1) we are using up more resources than our world produces, and

2) problems that in the past could be considered external, such as climate change, are now becoming internal.

This has huge implications for the viability of conventional business models.

The next ten years are shaping up to be extremely volatile across a range of different business sectors. Without any doubt, it will mean the end for many companies. But there will also be winners; among those who realize that the Anthropocene is already here, and aim for transformation to a business model that is relevant in this new context, among those who decide to be part of the solution, who contribute to solving the global grand challenges in a way that drives their revenue. This is what we at Prosperous Planet help you do.

In our next white paper we will present the business case for sustainability, explain why many current approaches to sustainability fail to generate both impact and competitive advantage, and outline what a modern sustainability approach that will take you beyond break-even in the Anthropocene looks like. 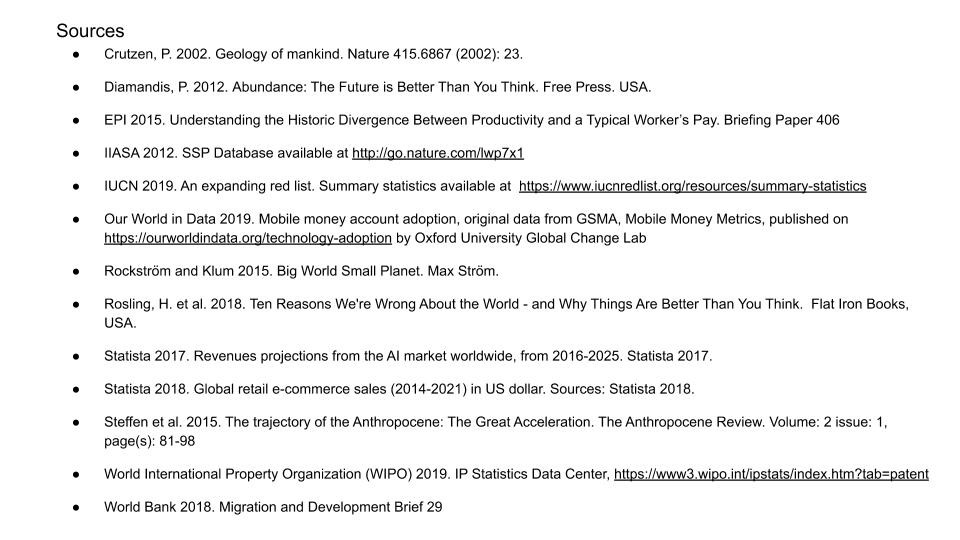