A new context for business development

Over the past 70 years we have gone from being a small world on a big planet, to becoming a big world on a small planet. On an aggregate level we are better off than ever before, with opportunities that past generations only could dream about. But at the same time, human action now affects basic functions of Planet Earth, and we are faced with a set of unprecedented sustainability challenges.

In the Anthropocene, environmental and social trends, as well as new tech, all follow exponential patterns. This creates a hyperconnected and ambiguous world that is changing more rapidly than ever before. Many business models that have been successful in the past are quickly becoming outdated in this new context. 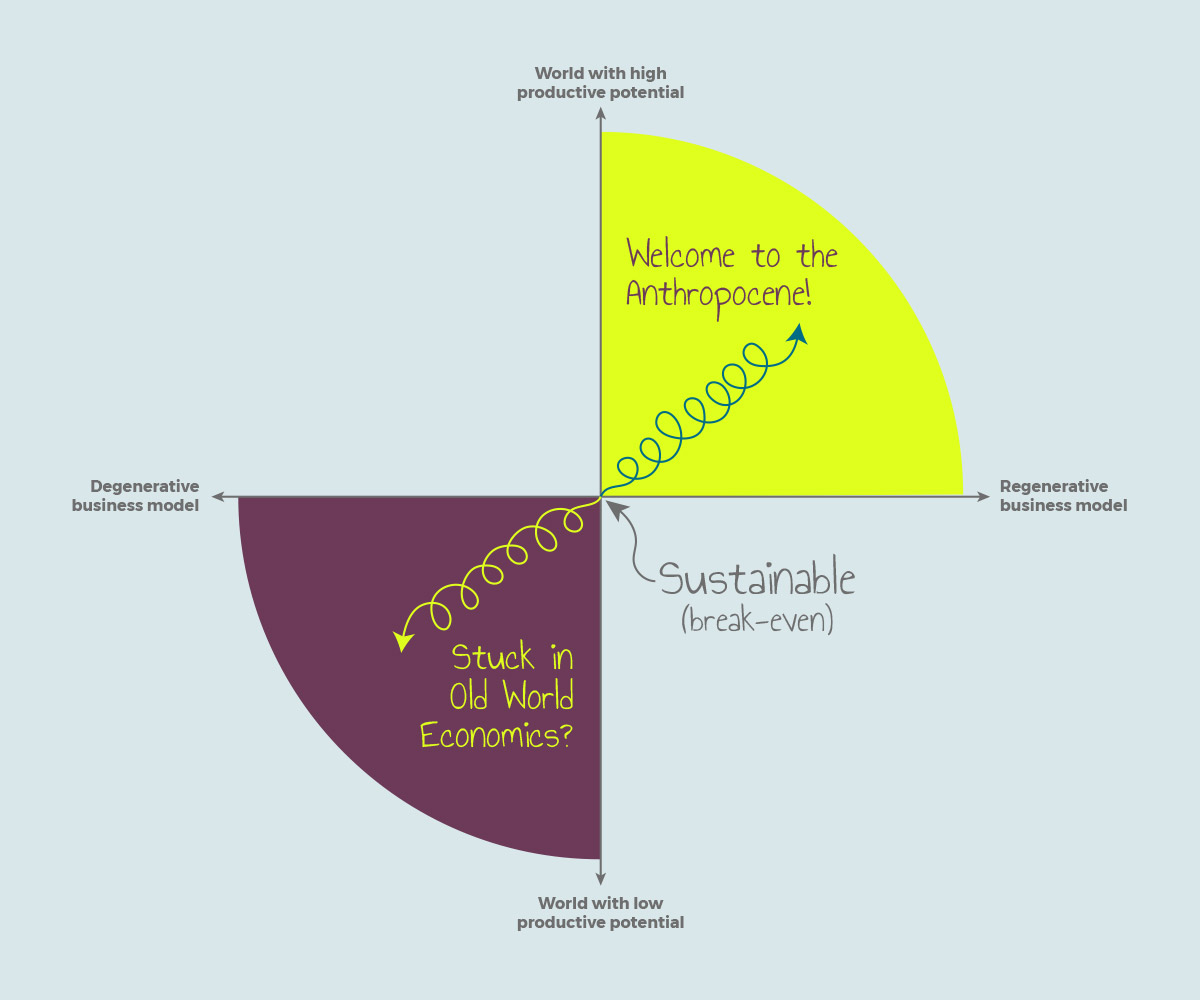 Beyond break-even lies a prosperous future

To succeed in the Anthropocene, sustainability needs to be at the heart of all business development. But this requires that companies move away from the low-performing focus on regulatory compliance and reporting that dominates current sustainability work, towards approaches that are truly transformative.

The future belongs to companies with business models that aim beyond “break-even sustainability”. Those that not just try to be a bit “less bad”, but honestly can say that they have a positive impact on our planet, and on people’s lives. Those that find a way to drive revenue by contributing solutions to the global grand challenges that we face today.

To succeed in the Anthropocene, companies need to stop trying to adapt to a system that no longer works, and instead aim for real transformation. It's simply business, but just that good business will be different from now on.

What makes our time in history so different

The graphs below, reflecting the largest transformation in human history in terms of how we relate to planet Earth,  show the development of 24 social, economic and biophysical trends from the industrial revolution to present day.

Over the last two generations only, the world population has increased three times, the global economy has grown ten times, and mobile banking services, which barely existed a decade ago, today reach 800 million people world-wide. During the same time period, the level of carbon dioxide (CO2) in the atmosphere has increased from 270 to 390 ppm, we have come to produce 5 million tons waste per day globally, and the species extinction rate have now reached a level that we have not seen since the dinosaurs died out.

Looking across the graphs, the pattern is strikingly similar. There is an exponential increase on all fronts, starting from the 1950s and onwards. This phenomenon is referred to as the “great acceleration”. The sum of all this accelerating change that is what the Anthropocene is all about, and the implications for business development are profound. 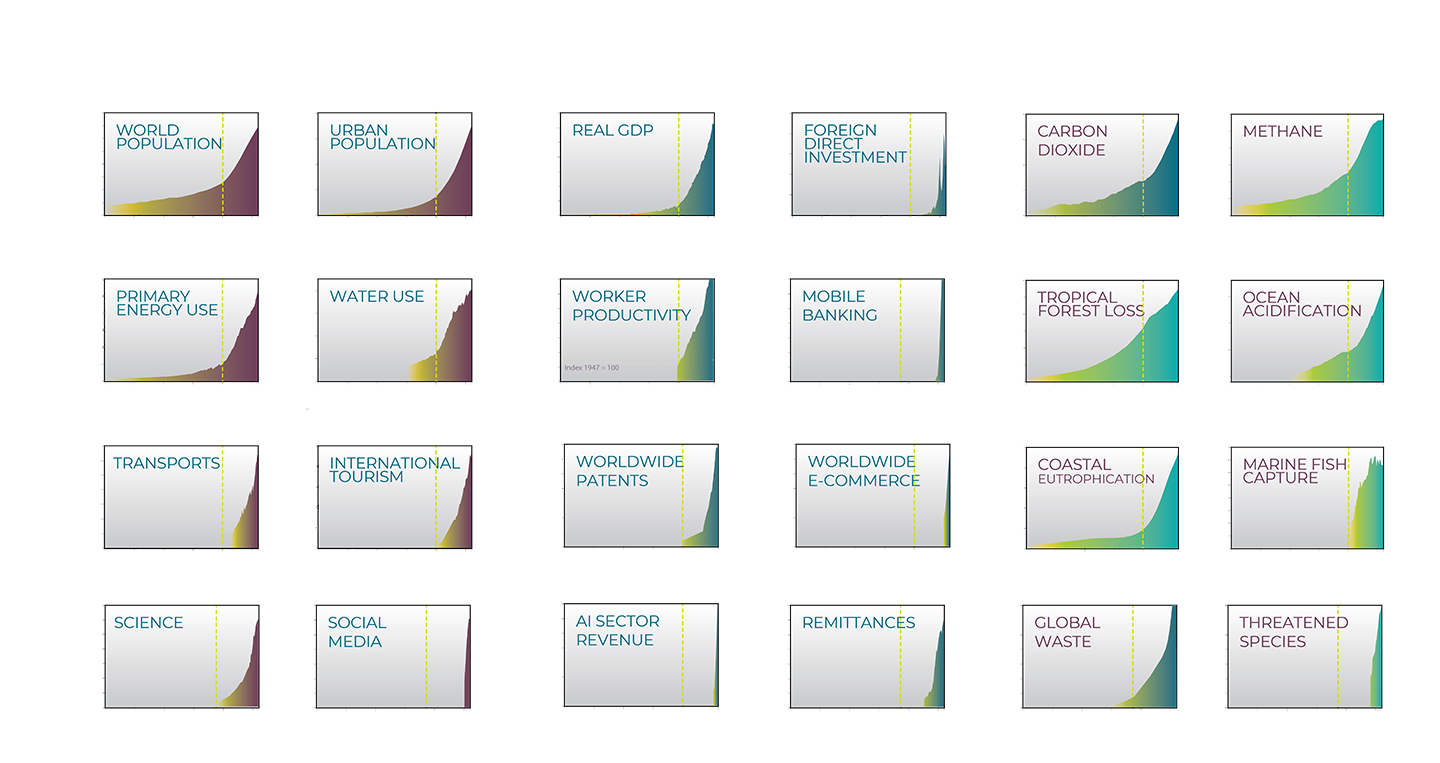 Adapted from Steffen et al. 2015: The trajectory of the Anthropocene: the great acceleration, by Enfors-Kautsky 2019.

3 reasons why the rules of the game are changing

The Anthropocene changes the rules of the game in three main ways, in that business models that continue to rely on non-renewable natural resources are losing profits, that problems that we used to think of as external are now becoming internal problems, and that business leaders have to deal with complexity and change at a whole new level.

We use more resources than what the biosphere produces. Current global production and consumption patterns is estimated to require an equivalent of 1.7 Earths, and this number is steadily increasing. As resources becomes scarce they also become more expensive. 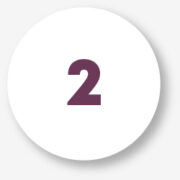 As the world becomes increasingly full and connected, issues that in the past relatively easily could be considered externalities, now pose internal problems.A typical example is when pollution starts to affect system productivity negatively. 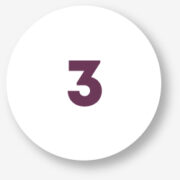 The complex interaction between economic, social and environmental change processes, creates world full of uncertainty and surprise. The relative stability that characterized the late 20th century is but a distant memory, and we must now prepare to navigate constant change.